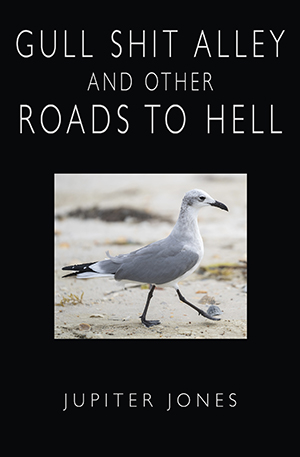 Danny expected to escape his shabby seaside hometown, but things go awry when Grandpa’s dementia worsens, and Danny must leave school and fend for himself. He develops a crush on the indifferent and elusive Gryff who, riffing on Dante’s Inferno, offers to guide him through the petty corruption and exploitation that underpin the town’s tourist trade. Danny begins working for brothers Earl and Rex Silverman who are involved in a dispute with rival business owner, Hector Quinn. This escalates in a series of tit-for-tat arson attacks – with Danny and Gryff on opposing sides.

‘This story explores a town and its people, both “perpetually in the process of re-invention”. It’s a jaunty roller-coaster ride, taking the reader through young Danny’s world as he gets lost and found and lost again. There’s pleasure and pain, guilt (some of it, inevitably, Catholic) and more guilt. Anti-heroes and superheroes, too. There are layers of this world, peeled back so we can see – and touch, hear, smell, too (sometimes it’s a dirty world). The writer has a sense of the sensual, in the grittiest manner. And it’s about longing, too – and the burn of temptation.’
~ Michelle Elvy, author of the everrumble and the other side of better