‘As a psychological thriller author I found this book both educational and inspiring; such a useful resource to help writers create intriguing, authentic characters – and maybe learn something about themselves too.’
~Jackie Kabler, author of the Cora Baxter Mysteries, Am I Guilty? and The Perfect Couple.

‘An invaluable guide to creating authentic characters by peeling back the layers and searching for the ‘why’ that lies behind all our actions. I have really enjoyed applying psychological theory to creative intuition, led by Stephanie’s accessible approach to creating believable, motivated characters.’
~Sarah Steele, author of The Missing Pieces of Nancy Moon and The Schoolteacher of Saint-Michel

‘What are the subliminal influences that really drive a character? How can these be revealed in a way that pulls the reader in and keeps the pages turning? In Inside Fictional Minds Dr Stephanie Carty offers an insightful, easy-to-read guide for all writers seeking to create believable characters who keep us gripped by their choices.’
~Jane Bailey, author of Sorry Isn’t Good Enough and Larksong

‘Inside Fictional Minds is an accessible and invaluable tool for any writer of fiction wanting to get underneath their character’s skin. Packed with psychological insights into motive, reason and desire, it’ll have you unravelling the intricacies of being human in new and exciting ways.’
~Hannah Persaud, award-winning short story writer and author of The Codes of Love

‘A truly exceptional book, a classic in the making. It offers unique insights into human psychology that are easy to apply to fiction writing, but that also taught me a lot about myself. Inside Fictional Minds is a journey of discovery.’
~Sophie van Llewyn, author of Bottled Goods, longlisted for the Women’s Prize for Fiction. 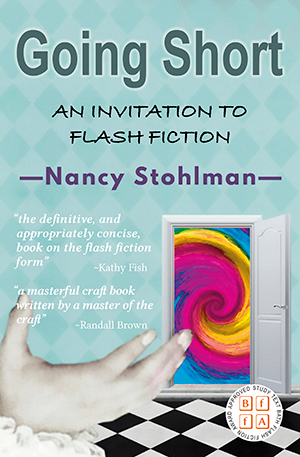 Flash fiction is changing the way we tell stories. Carving away the excess, eliminating all but the most essential, flash fiction is putting the story through a literary dehydrator, leaving the meat without the fat. And it only looks easy.

Enter Going Short: An Invitation to Flash Fiction. In this, her treatise on the form, veteran writer Nancy Stohlman takes us on a flash fiction journey: from creating, sculpting, revisioning and collecting stories to best practices for writers in any genre. It is both instructive and conversational, witty and practical, and presented in flash fiction chapters that demonstrate the form as they discuss it. If you’re already a flash fiction lover, this book will be a dose of inspiration. If you teach flash fiction, you’ll want it as part of your repertoire. And if you’re new to the form, you might just find yourself ready to begin. 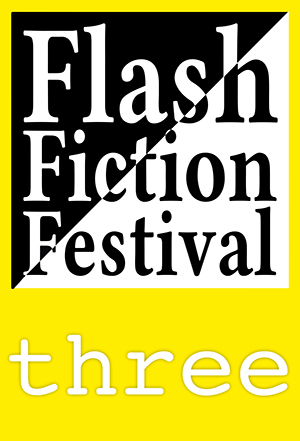 82 micro fictions from participants and presenters who came from around the world to the third Flash Fiction Festival UK which took place in Bristol, UK in June 2019. Dip in to discover short short stories – all 250 words or under – in different styles and on many different themes from the personal to the political.

“A festival of riches, the UK Flash Fiction Festival is for adventurous writers and readers. From memoir and travel writing to novellas and dream sequences, the sessions in the third UK Flash Fiction Festival engaged writers new or experienced in the form and encouraged outside-the-box writing. Participants polished their skills, learned new ones and discovered hot-off-the-press books. Flash at its very best – with the very best!”
~ Michelle Elvy, writer, tutor, editor and festival workshop presenter. Author of the everrumble. 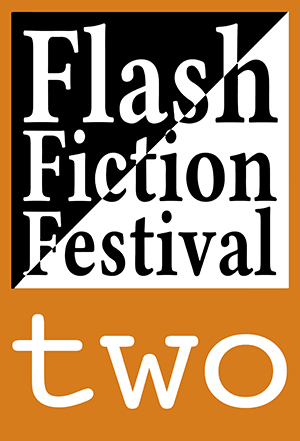 Sixty micro fictions written by participants and presenters inspired by the second UK Flash Fiction Festival held in Bristol, July 2018. The stories here, by writers from several different countries, touch on world politics, relationships in all their forms, fantasy and historical themes. Short-short fictions that surprise and linger long.

“The Flash Fiction Festival 2018 was a wonderfully inclusive, supportive weekend for flash writers at all levels. Its workshops were well varied and inspirational, while the readings gave so much pleasure with the quality and range of the work. Not to be missed next year!”
—Carrie Etter, poet, flash fiction writer and Reader in Creative Writing at Bath Spa University.

“The Flash Fiction Festival 2018, under the direction of Jude Higgins, is itself a collaborative work of art. It was a deep pleasure to be part of a world where everyone was open, engaged in each other’s writing, and made more adventurous by proximity to this community. We talked, we ate, we drank, we wrote. Then we wrote about what had just happened.”
—Laurie Stone, writer, critic and teacher.

“A great weekend. A lot of serious work done, but also a lot of fun. If you write, or want to write flash, book for next year as soon as booking opens!”
—Jenny Woodhouse, writer, U3A Group Leader.

Seventy-four micro-fictions written by presenters and participants at the first ever literary festival entirely dedicated to flash fiction, held in Bath, June 2017. These short-short stories, 250 words or under, show the wide variety of styles possible in this emerging genre.

“It was a wonderful assembly of authors and editors and ‘students’ – though the students already seemed like authors.”
—Pamela Painter

“You managed to create a relaxed yet focussed ambiance so that participants could let anxieties fall away, have fun writing and immersing themselves in craft and other skills, soaking up all the varied and sparkling influences that abounded.”
—Vanessa Gebbie

“…I had previously come across the genre, viewing it more or less exclusively as something light and whimsical but I had completely under estimated its potential and the discipline involved. It was these latter two aspects that intrigued me…”
—Patricia Wallace

“…comments and insights from the workshops showed me how the embryonic idea I started with could be developed and given depth.”
—Mary Bevan